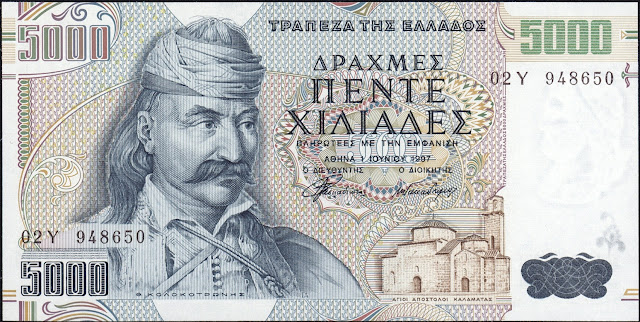 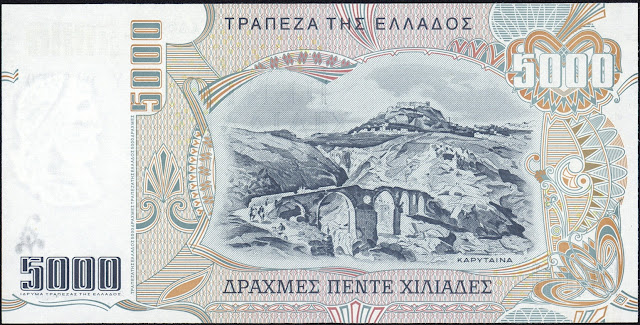 Obverse: Lithography of General Theodoros Kolokotronis by Karl Krazeisen and Church of the Holy Apostles at Kalamata.
Theodoros Kolokotronis (3 April 1770 – 4 February 1843), Greek Field Marshal and the pre-eminent leader of the Greek War of Independence against the Ottoman Empire.
Signatures: Lucas Papademos (Governor of the Bank of Greece from 26 October 1994 to 31 May 2002) at right and (Member of the Board of Directors of the Bank of Greece) at left.
Reverse: A landscape and view of Karytaina.

On January 1, 2002, the Greek drachma was officially replaced as the circulating currency by the euro. Following the introduction of euro banknotes and coins, drachma notes and coins ceased to be legal tender on 28 February 2002. Drachma banknotes exchanged for euro at the Bank of Greece until 1st March 2012. The exchange rate was fixed at 340.75 drachmas to 1 euro.
5000 Greek Drachmas: equivalent in Euro - 14.67 Euro.